I was looking to replace the cooler I’ve had for two years when I first encountered the well-known Yeti cooler. My first thought was, wow, I want that cooler! But when I reached for the price tag, I had to make sure I was looking at it correctly. Why are Yeti coolers so expensive?

I remember thinking, I wouldn’t pay $299.99 to keep my $2 drinks cold! Impossible! And when I asked an employee why it cost that much, he simply said, “Because it’s a Yeti cooler” as if that was sufficient explanation and walked away, leaving me utterly baffled.

Long story short, after weeks of contemplation, I ended up buying the Yeti cooler. I know what you’re thinking—after all my complaints at how expensive it was, I must be out of my mind to buy one!

But before I bought it, I went home and did some thorough research first. I wanted to answer the question that had been lingering on my mind ever since I saw that beautiful, rugged cooler sitting innocently at the top shelf of the store. Why are Yeti coolers so expensive?

I’m here to share with you the primary reasons why, and if it’s worth getting one yourself.

The Yeti Brand: A Short History

The history of a brand’s success has always fascinated me, which is why I find it best to start from the beginning to understand what makes the cost of a product.

The Yeti company was founded in 2006 by two brothers who were born and raised in Austin, Texas.

Roy and Ryan Seiders were avid outdoors-men who became frustrated with the quality of the coolers they bought. They wanted something durable that could stand on the fishing platform of their boat. They also wanted the ice to stay solid longer than an average cooler.

When they didn’t find a product that fit their standards, they created their own high-end cooler instead.

The original Yeti cooler, just like today, costs $200 and up at retail. But despite the insane price, buyers recognized the product’s quality build and, more importantly, its supreme ice retention, and it quickly became famous.

Today, the Yeti cooler has become a staple piece of equipment for offshore fishing, hunting, hiking, and beachgoers.

Throughout the years, the Yeti line has expanded. Other than ice chests, it also specializes in vacuum-insulated stainless-steel drinkware, bags, outdoor gear, and other related accessories. What Makes Yeti Coolers So Special

Yeti wouldn’t be able to get away selling “overpriced” coolers if they weren’t worth the price. Here are some of the reasons why Yeti coolers are the most expensive coolers on the market today.

According to Yeti’s owners, they made the Yeti Cooler with one simple mission in mind: creating a cooler they can use every day without having to constantly replace the ice it holds every few hours.

The Seiders brothers certainly achieved that goal, because Yeti coolers can’t be compared to standard coolers due to their premium features. Some of which include as follows:

One of the best things about the Yeti cooler is its firm seal. Accidents happen, so when our cooler tips over and it spills all its contents on the ground, there’s nothing we can do but sadly pick it back up.

Yeti Coolers, however, use heavy-duty rubber latches that are made with patented technology. Not only do they keep your food and drinks securely inside, but they’re also strong enough to survive the attack of a bear! For a cooler, that’s pretty impressive.

On the topic of bears, the Yeti Coolers are extremely damage resistant. They’ve been tested several times for high impacts, campfire, and heavy loads, and they survived with flying colors. Accidental impacts stand no ground against Yeti coolers.

Standard coolers crack or shatter when accidentally dropped, but not the Yeti!

To test it even further, Yeti hired a 500lb wrestler to damage a Yeti cooler, but it came out in one piece. While we don’t have to worry about a 500lb wrestler grabbing your cooler in real life, it simply proves how well made and durable the Yeti cooler is.

A Yeti cooler’s insulation is what makes it different from the rest of the coolers available on the market.

It comes with up to 3 inches of insulation around the base and lid of the cooler to keep whatever is inside as cold as possible for the longest period of time. Polyurethane is injected on the interior, as well, which creates a superior insulative effect.

This means you don’t have to worry about replacing your ice during extended trips. Spoiled food will no longer be an issue, either!

Not only are Yeti coolers expensive, they FEEL expensive as well. Their premium build and finish is what attracted me, and many others, towards buying the Yeti cooler.

With their smooth plastic top, rich color, and rugged body, one looks at the Yeti cooler and users will understand why they’re so expensive from first impressions.

A product won’t sell if it isn’t advertised properly, no matter how good it is. But due to Yeti’s marketing, a lot of people believe that the Yeti cooler is a “must-have.”

Does this mean they’re bluffing? Absolutely not, as Yeti coolers work exactly as they’re advertised.

When the brand first began, Yeti gave away stickers and hats with every purchase. Unknowingly, users who stuck the stickers on the back of their cars and wore their hats on a daily basis allowed Yeti to have even more advertisement.

Furthermore, Yeti was the first “premium cooler” of its kind. Back in 2005-2006, you wouldn’t find a cooler that worked as well as the Yeti. This is what urged the brothers Seiders to make the one in the first place.

So when an over-engineered cooler came in, people rushed to know more about it. Due to its extreme cost back then, every individual who owns the Yeti cooler is a massive statement of, “look at how amazing this $200 cooler is!”

Yeti offers a warranty on most of the products they sell. Unlike other coolers, a Yeti cooler’s warranty lasts up to 5 years on selected coolers.

The Yeti Tundra, Tank, Ice, and Roadie all have a 5-year warranty, while the rest of the Yeti lineup falls under a 3-year warranty.

Just like how Iphone and Gucci is a desirable brand, one of the top reasons Yeti coolers are so expensive is because of its name.

Over the years, more and more people are willing to pay for a Yeti because it sits on top of the wide selection of high-end coolers. Even with the more premium coolers like the Igloo, Orca, and Grizzly, consumers always ask, “What are the best Yeti cooler alternatives?”

Are Yeti Coolers Worth It?

As a proud owner of a Yeti cooler that stands strong even after years of owning it, I personally believe that Yeti coolers are worth the price! But at the end of the day, the decision is yours.

If you’re looking for an extremely rugged cooler that will last for years and can hold ice up to 5-10 days, grab yourself a Yeti! 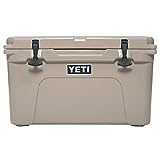 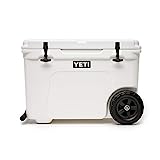 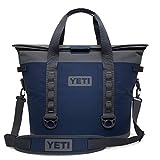